skip to main | skip to sidebar

Andy was an Indian Valley graduate and his sister Naomi was a graduate from Middletown. They have both been involved in the arts since their grandmother influenced them at an early age. Andy is currently a district forester, while Naomi is an art teacher at Hershey high school. Andy's artwork is often on the abstract side and can be described as colorful yet mysterious. Naomi's artwork has been dreamy and surreal recently with some new paintings influenced from a trip to Alaska.
Pottery workshops 2nd & 4th Saturdays, 10am-noon including a pottery wheel!
Writer’s Group every 4th Thursday
Contact us at 717-944-1187 or middletownarts@comcast.net
Posted by Anonymous at 5:06 PM No comments: 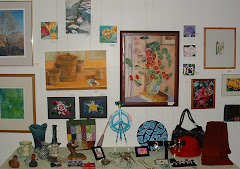 The MAAC is organized and operated by local artists and those who have a deep appreciation for the arts and our community.
As a non-profit organization, all proceeds are directed back into supporting the arts in our community.

Our vision is to be more than “just a gallery”. We also want to be a place to gather and socialize, have a cup of coffee, browse the internet or hold a reunion. In the future, we also want to offer studios with equipment in which artists can work.

Our mission is to help artists learn how to grow as creative business people and help anyone who is interested in growing their own creative skills by offering classes in art, music, drama and writing.

We are always looking for artists and other volunteers to join our group. We rely on donations to keep our idea alive and moving forward.

Please encourage you to visit and spend time with us. 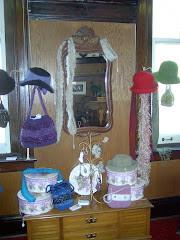